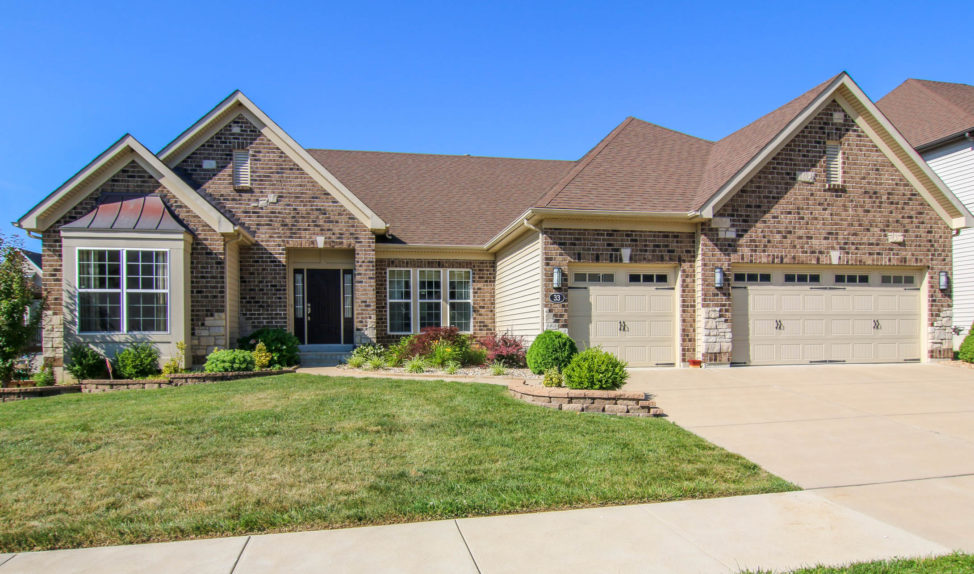 A quick view of the most influential metrics in St. Charles.

St. Charles, Missouri is a large city in and the county seat of St. Charles County. It is a suburb of St. Louis and is located northwest of  the larger city. St. Charles has approximately 30 neighborhoods and is the ninth largest community in the state of Missouri. The community is wealthy compared to state economic standards and upper-middle income compared to federal statistics. It is a well-educated community where over 35% of the adult population have earned four-year degrees or more.

Many college students live in St. Charles and this combined with the number or adult residents with degrees help create an atmosphere conducive to scholarly pursuits. It is a charter city governed by a council of ten members. It is a semi-diverse community and the majority of residents identify as Caucasian or African-American.

English is the primary language in the community. However, several residents speak Spanish or French. St. Charles is one of the areas oldest communities, settlement in the area began as far back as the 1760s and 70s. French settler, Lewis Blanchette arrives and settles naming the budding community “Les Petites Cotes” or “little hills”. The community was renamed San Carlos in honor of Charles the IV of Spain in the 1790s. This name was short-lived and when the territory shifted from France to the United States with the Louisiana Purchase the name was soon anglicized to be come St. Charles.

In 1809, the community was officially incorporated as a city. In its early history the area was settled by the French, but beginning in 1830s German immigrants accounted for most of the new arrivals to the area. Railroad constructs began in 1850 and soon the city was linked far and wide with other communities. By 1894, three railroads operated in the area bringing travelers from all over and helping in the further development of the community. The city spans just over 24 square miles and has a mixed workforce of white-collar, blue-collar and no-collar workers.

Public education in St. Charles is primarily provided the schools of the City of St. Charles School District. Public transportation in the area is provided by the St. Charles Area Transit and comes in the form of five metro bus routes and a trolley loop. Historic architecture, unique shopping options and fine dining make the community a wonderful place to visit and an even better place to live. Enjoy old-fashioned community events, award winning-local wines or take a chance at the local casinos. Homes for sale in St. Charles range from tiny homes through sprawling estate style properties. Other housing options include apartments, townhomes, condominiums and more. To begin your home search, call local real estate agent Kaitlyn Barks at 314-650-5370 today.

View our selection of available properties in the St. Charles area.

Check out the latest demographic information available for St. Charles.

Learn more about schools near St. Charles complete with ratings and contact information.

The Best in St. Charles

Browse through the top rated businesses in the most popular categories St. Charles has to offer.

Listed for rent at just $1,695 per month, this stunning single family home in a fantastic St. Charle… read more